Friday was another pleasant day. Apparently the rest of the country is freezing while we are basking in plus five degrees - quite pleasant in the sunshine. As the weather was so nice I thought I would check out the Adders again. We are only a week away from the earliest date that I have seen them before so, with no sign of them, it looks like the temperature is not encouraging them out at all. There won't be much difference in daylight hours in a weeks time but maybe they really are that sensitive to the changes - we'll see. It wasn't a fruitless day out though. As I parked up I could see a Buzzard sitting on a distant post, it took flight as I took a few test shots - I like the feel of the motion in this one. 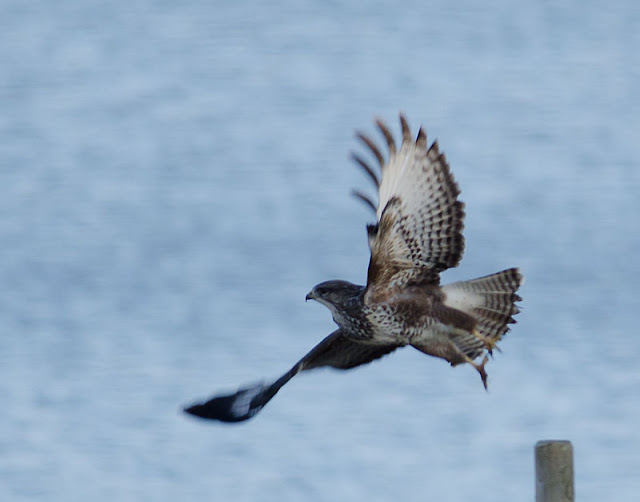 I managed to walk past this Red Deer hind to get the light on it before it wandered off. 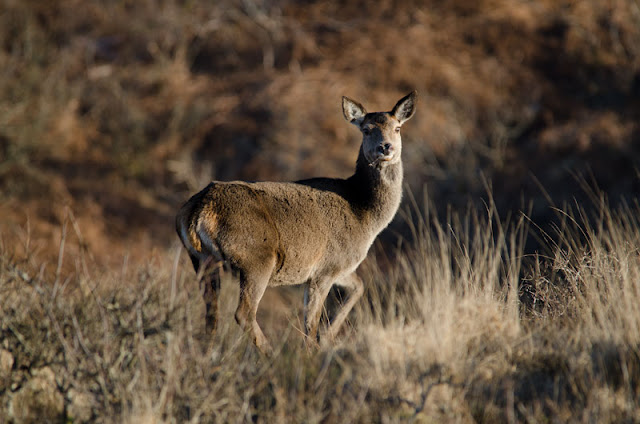 A pair of Golden Eagle put in an appearance for a while before disappearing. Three Meadow Pipits were seen on the track as I continued up the hill and located one of the Goldies sitting on the ridge. The Golden Eagle took flight and quickly disappeared and I thought that would be the last I would see of them. On my return journey I'd stopped to watch a Stonechat and as that disappeared from sight I turned around to find a Golden Eagle flying towards me over the trees. It put on quite a display with it's mate not too far away - the best of the action was the foot dangling. 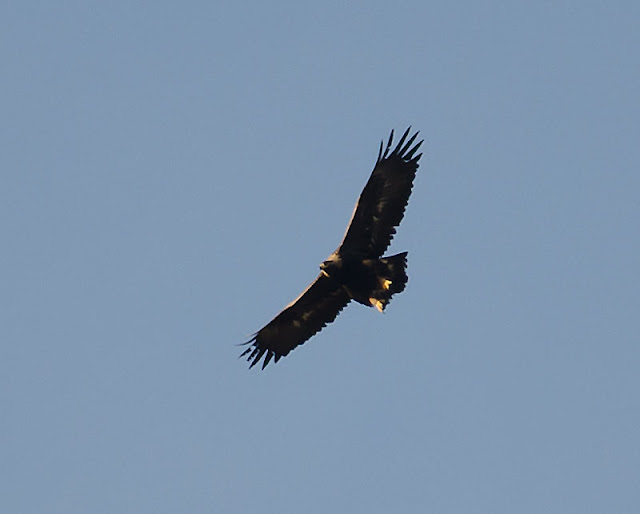 No sooner had the Goldies disappeared again and this female Hen Harrier was circling in front of me - awesome! 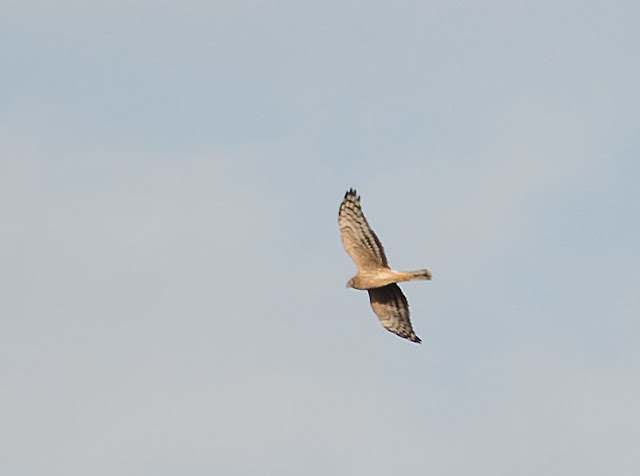 I'd missed an opportunity of getting a Pheasant photo on my way out so I made the effort to stop for this male with a couple of hens. 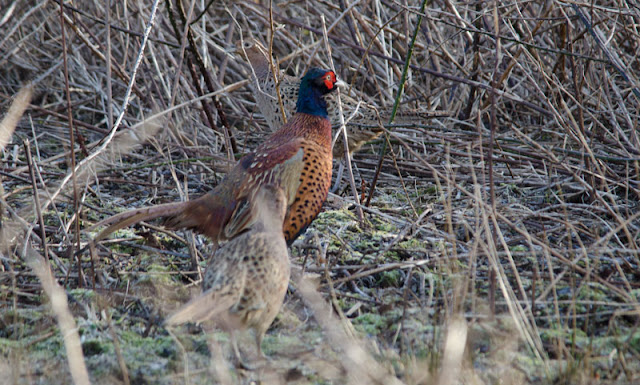 I stopped for my lunch and had a scan of the distant ridges to find 5 Golden Eagles flying together. There was an obvious pair, two adults that kept apart and a juvenile - good to see the interaction between them though with nobody stepping on anyones toes! I picked up an Otter next that drifted off quite quickly so I settled for the distant views and a scan about. There were plenty of Great Northern Diver, a smattering of Razorbill, a single Red-throated Diver and a few Red-breasted Merganser to keep the interest. I took a few snaps of a Herring Gull preening and managed to catch it in an odd pose. 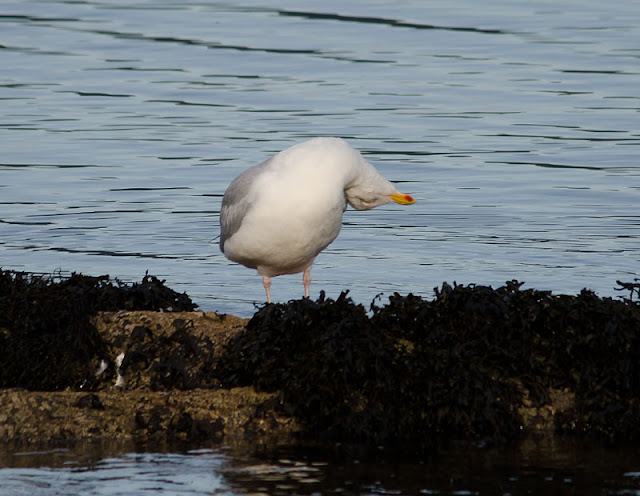 Some lovely raptor encounters. Would love to see a golden eagle that close.

Cheers Russell. The Golden Eagles will come a bit closer than that before the year is out!