A bit of spring in the snow.

The weatherman said Saturday would be quite blustery with snow showers later in the day - he wasn't wrong. On Sunday enough snow had fell overnight to cover the higher ground but the roads were fairly clear. We had a quick look for the adult type Iceland Gull I'd seen on Friday but we only connected with the 2nd winter bird again along with 20 White-fronted Geese. A flock of 20 Lapwing were a nice find as this Song Thrush added some music to the scene. 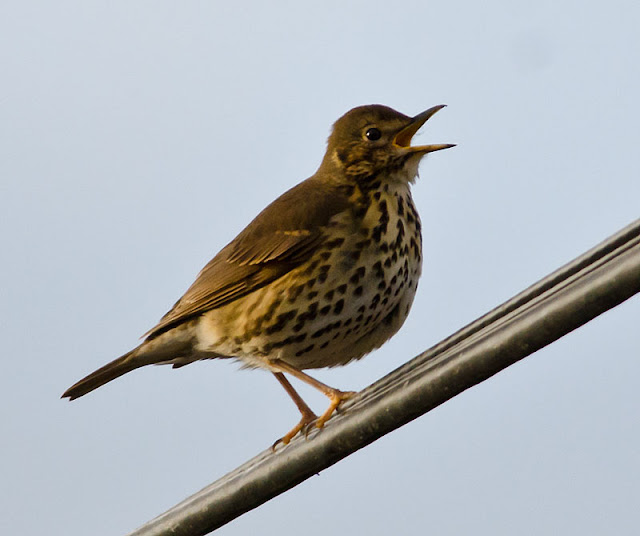 The temperature peaked at 8 degrees on lower ground but a bit colder near the higher ground. The Red Deer seemed to be round every corner in the morning but as the snow disappeared they were heading back to their usual grazing areas. 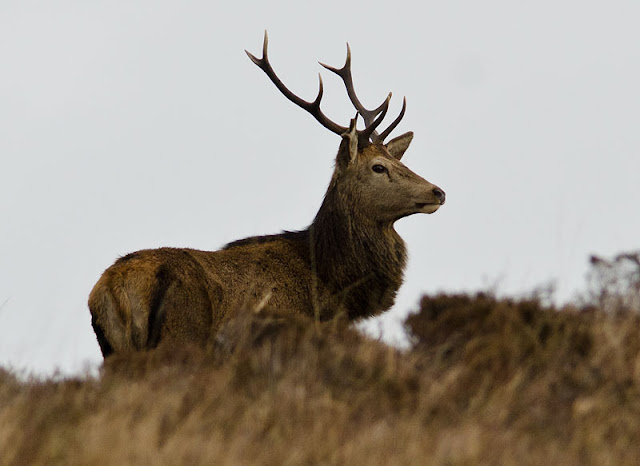 A walk on the beach next to try for better photos of the Glaucous Gulls. We passed a small flock of Greylag Geese that gave us a fly past about 10 minutes later. 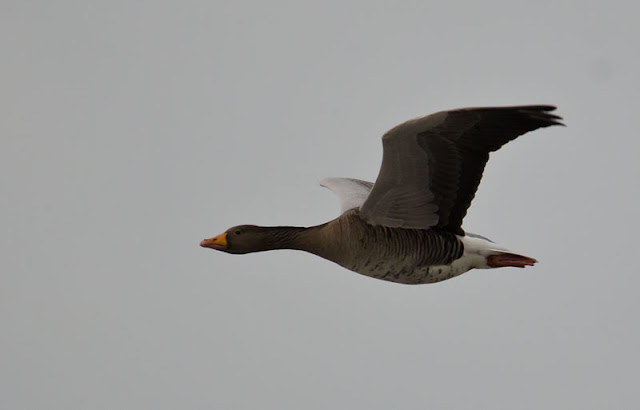 We could see one Glaucous Gull in fields too distant for photos and another on the beach. As we approached the bird on the beach another Glauc came flying in and another flew over the top - four birds in total. Of the two on the beach, one swam off and the other perched on a rock to bring up a pellet. 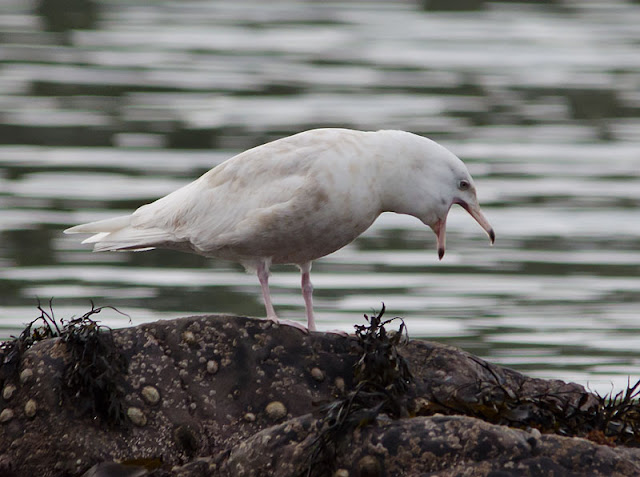 Another change of location and another walk gave up a few more treats. First off was a nosey Great Tit. 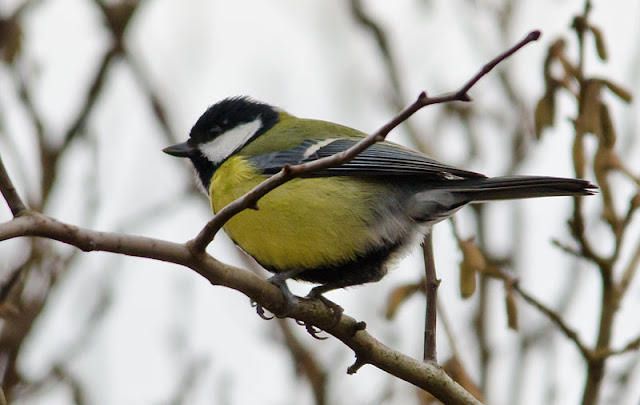 There were plenty more Red Deer and a Golden Eagle perched on top of a very thin looking Larch. Best of all was to see an Adder out in the snow - I know it's not a lot of snow but it's not often you get both together! 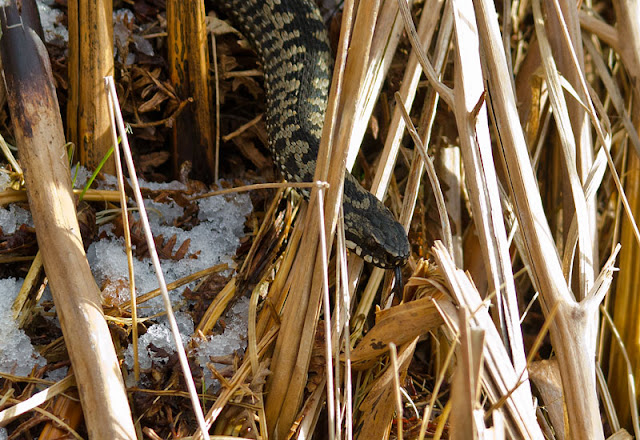 We found our first lump of Frog spawn this year and, just so you can see how cold it is, this is covered in ice. 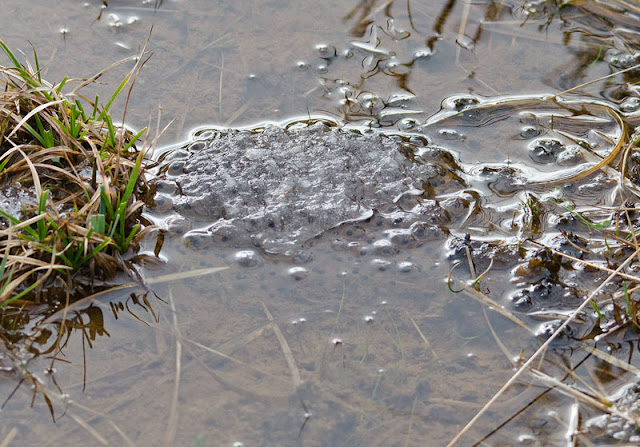 We had a nice view of a female Hen Harrier on the way home but I was hoping to catch up with an Otter. We checked a few places with no luck but finally we picked up a distant one. A bit of a wait as it made it's way towards me and eventually up on the shore.