Nothing particularly exciting over a beautiful weekend apart from this Green Arches moth on the wall... 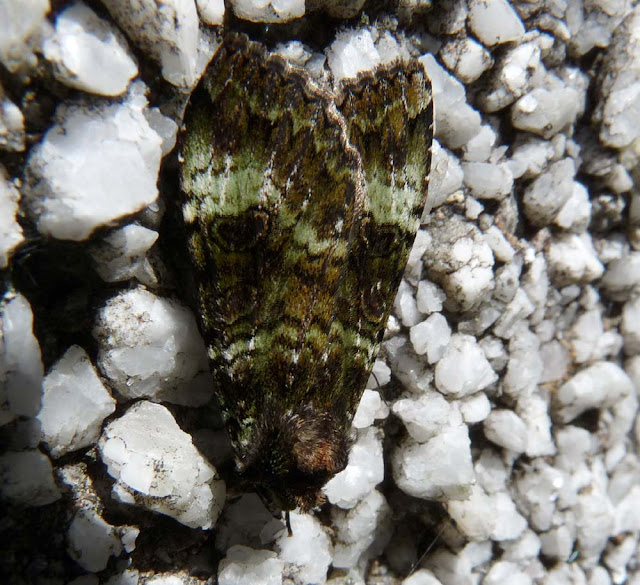 ...and a Tawny Owl in the garden.
Monday was another cracking day but a bit hot for the wildlife. Both types of eagle were seen in the morning and a Buzzard taking up it's regular sentry post. 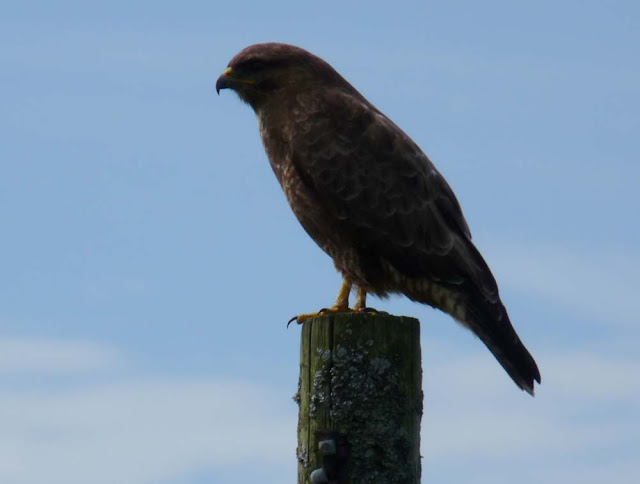 We struggled through the rest of the day but managed to pick up quite a few of the common birds and a nice Dark Green Fritillary. 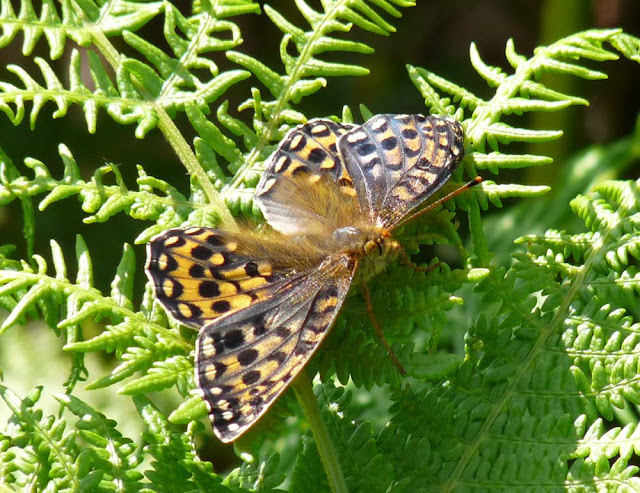 We had to wait until the end of the day to get an Otter sighting but it was worth it as we picked up a mum with two cubs.
Tuesday was a complete contrast with a cool day that had showers all day but much better for picking up the wildlife. We started the day with a few Mountain Hares and a few Snipe while looking for a male Hen Harrier that had flown past while I was waiting for the guests to arrive. Another location turned up a male Hen Harrier that everyone saw and then a whole heap of birds appeared...Reed Bunting, Wheatear, Bullfinch, Whinchat and Great Tit all in the same place! A Sedge Warbler did it's best to hide from us but we managed to get good views all the same. At our next stop the local gull flock gave away the presence of our first WT Eagle of the day and a small flock of birds we picked up turned out to be a family party of Bullfinch. 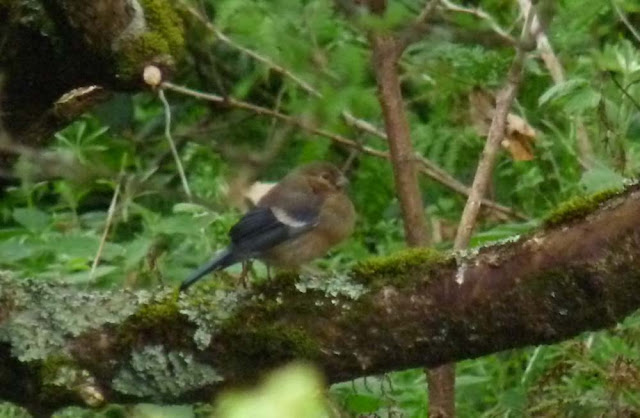 A juv WT Eagle was patiently standing around while we ate our lunch before it was seen off by a group of Hooded Crow. The weather had turned to mostly rain by now but not to be deterred we kept plugging away getting a couple of good sightings of a Snipe and a cracking adult WT Eagle in flight. 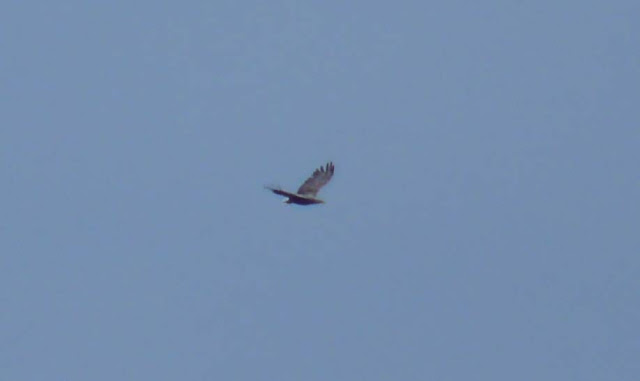 My guests for the day, Simon and Ann, had booked me exclusively to celebrate their wedding anniversary but at their request we had picked up a young hitchhiker who was attempting to get to the fossil tree at Burg. The hitcher had to be persuaded that her travel plan was unwise and it would be better if she stayed with us. With that sorted out we found ourselves an Otter and even got a fly past from a WT Eagle too! Could it get any better? Course it can - I saw my first Swift of the year (thanks Ann). We finished the day with 56 species of bird plus the mammal list and Slow Worm - top notch!!
Posted by Bryan Rains at 22:19