A little bit of bread

A male Yellowhammer has been a regular feature on the last few tours. You can hear him singing but it's nice to see him shouting about 'a little bit of bread and no cheeeeeese' 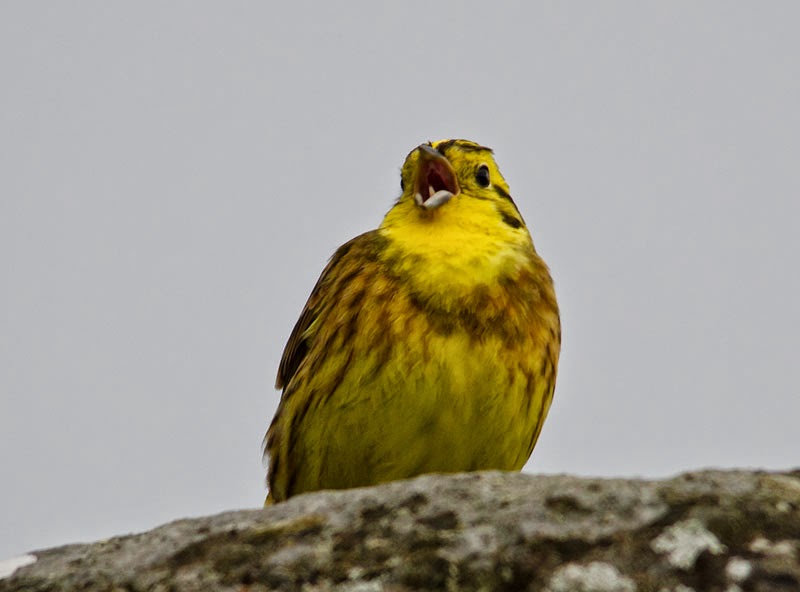 We had seen a WT Eagle at the start of the day but another at the nest site was a bonus but better still was the one that flew over the motor and along the hillside. 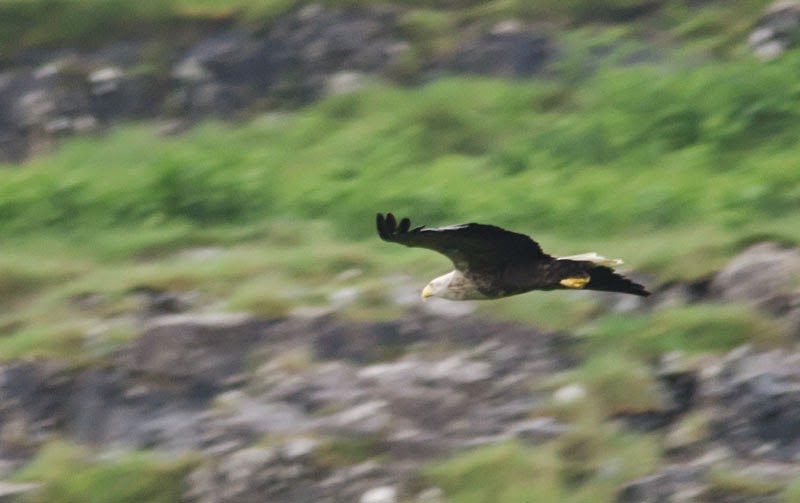 The usual array of small birds were picked up along the way with some extra time spent with the charming Stonechat. 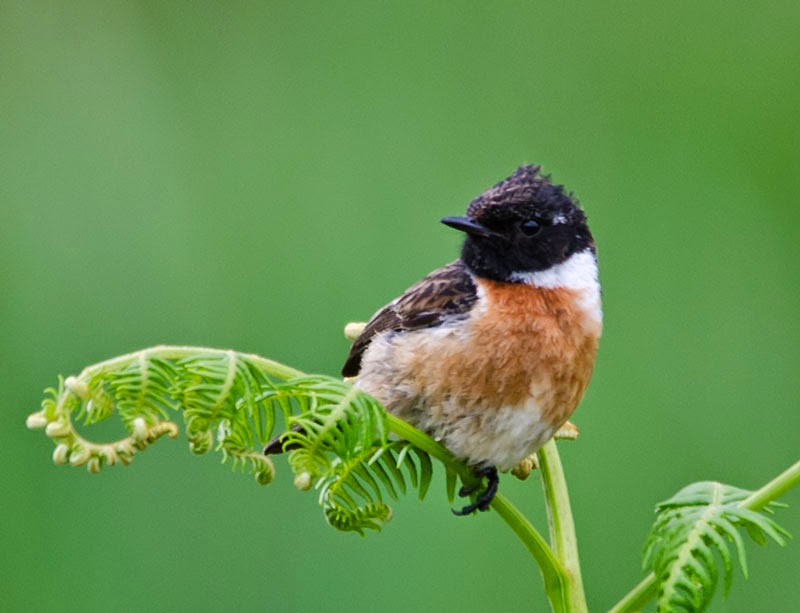 A Golden Eagle was picked up as it left it's perch but it didn't take too long for it to soar off into the distance. Rock Pipit, Mountain Hare and a Hen Harrier were the afternoon highlights but the sighting of the day had to be the Otter. It was found fishing about 20 yards from the shore and it was a bit of a struggle for the guests to keep tabs on it but I don't think anyone struggled when it came ashore!