A quick run out to deliver a parcel paid dividends as I came across some of the raptors. First up was a White-tailed Eagle flying past as it got harassed by some of the local birds. Here is a view of two birds with white tails - one is the eagle but what is the other one? 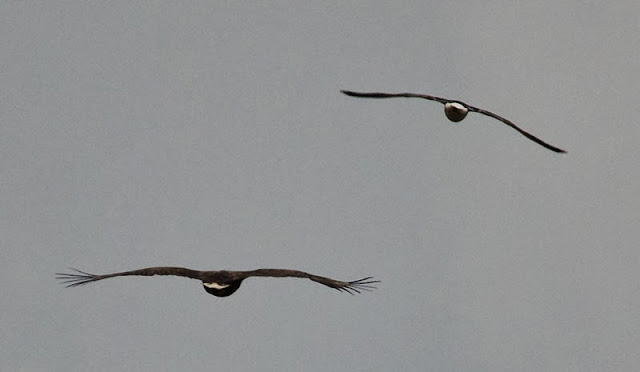 The WT Eagle flew over the top eventually and revealed itself to be a four year old bird - full yellow bill, pale head and black tips to the tail feathers. 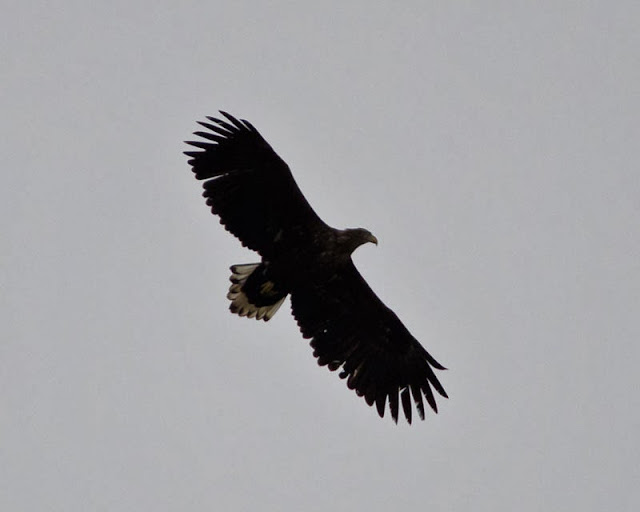 Another dull day meant high ISO settings and very little shutter speed but I couldn't resist pointing the camera at the stag. 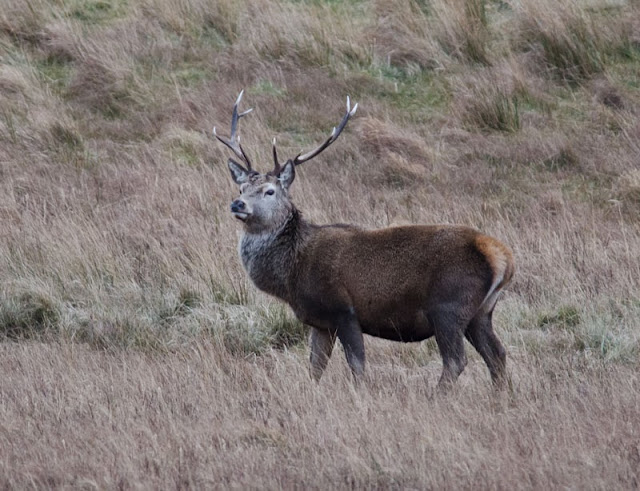 Two female Hen Harriers quartering the same area was a nice sight but not that easy to get a shot of either of them. 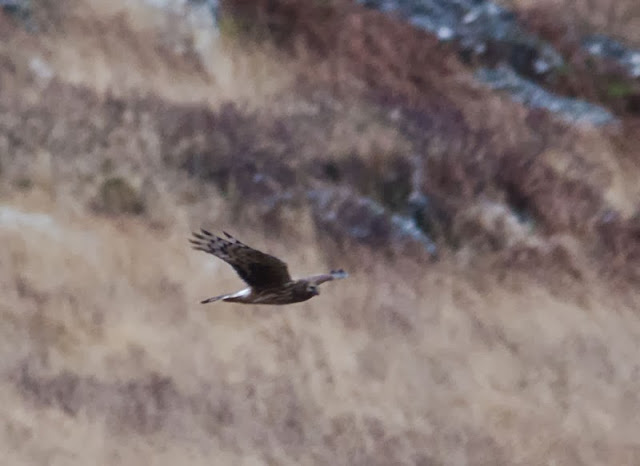 At the same spot there was a Buzzard hanging in the wind, paying more attention to hunting than me, so I managed a few decent snaps as it peeled off. 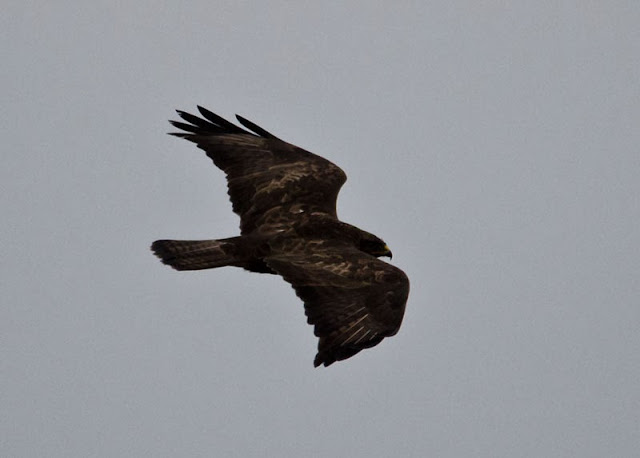 The second shot of the 4 yr WT eagle is a treat to look at.

Good job you had your camera with you for the parcel deliveries! Santa could get some amazing earth shots if he took a leaf out of your book! Happy Christmas Bryan

It's not very often the camera is left at home, Gill.