Saturdays tour turned up another Pallid Harrier! Just as the guests gathered for the start of the tour a WT Eagle put in an appearance to give us a good start to the day. The search for Mountain Hare was interrupted by the appearance of a Harrier. Once again, as soon as I got the bird in the binoculars, it was obvious what this bird was. We were lucky enough to have bird flying towards us so the views were stunning. By the time I got the camera out it had drifted further away but you can still see the diagnostic head markings. 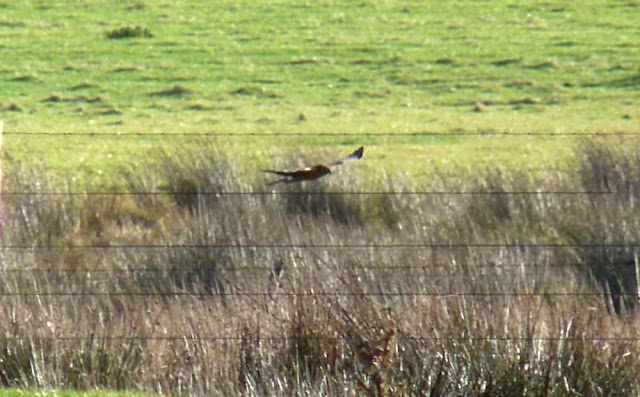 We continued the search for Mountain Hare and after a good walk around to see a couple of these beasts we got another as we approached the motor and another close one as we drove off. A couple of migrant Wheatear were a good find for the day as were the distant Golden Plover found at our next stop. With quite a few birds of prey flying around, mostly Buzzard we thought the search for the larger species might be easy - wrong! A good spell of raptor activity gave us Kestrel, Sparrowhawk and Peregrine but no large ones. A small Common Lizard was seen basking in the sun and an Adder showed well. 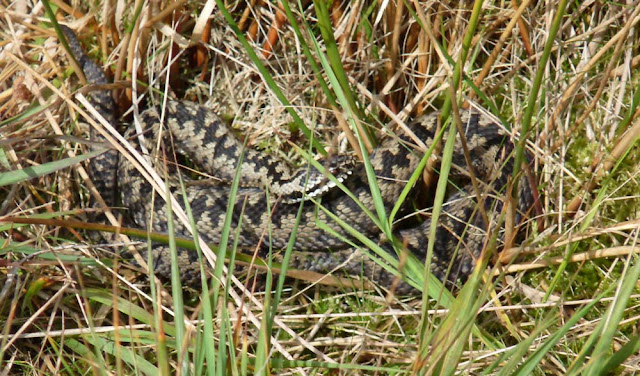 A distant Golden Eagle showed briefly as we had lunch but it didn't reappear and then the skies went quiet. We searched the ridges for any birds but there was nothing showing at all - very odd. The afternoon was a bit quiet but the commoner birds kept us going with the likes of Curlew, Eider, Guilemot, Greenshank and Goosander all seen well. An afternoon tea break to try for better views of Golden Eagle paid off. A herd of Red Deer and a few Ravens were all we had to keep us company but after a long wait a Golden Eagle appeared, closely followed by it's mate, and showed really well against the land. A shower of rain encouraged the eagles to land so we got decent views of one of the birds perched up before the both flew over the top of us - excellent stuff. 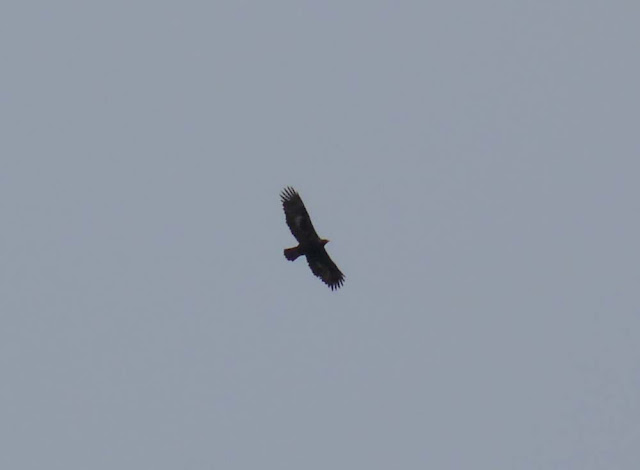 We still had Otter to find but the best we turned up on our first look was a Chinook. 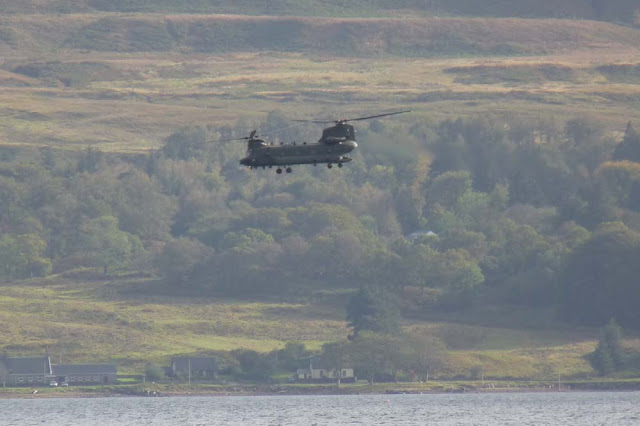 Why put this photograph on a wildlife blog? If you look underneath the helicopter you can see the area where we actually picked up two Otters. Just as we picked the two Otters a Hen Harrier was flying across the loch too - not a bad finish to the day at all.
Posted by Bryan Rains at 07:20