Keep your eyes on the sky.

Thursday started well with the previous days low cloud and rain just starting to clear and two WT Eagle opposite the shop. 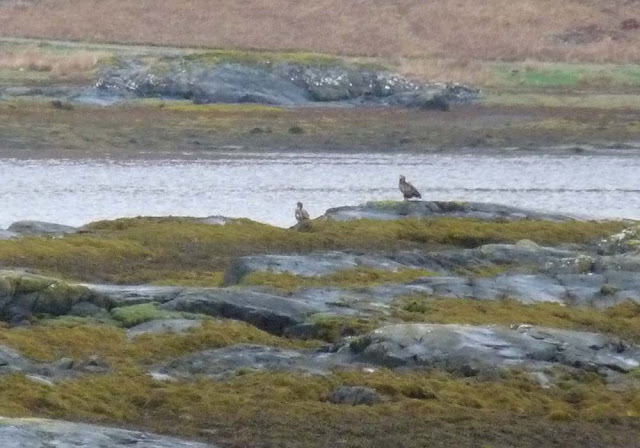 The trip down to pick up the guests produced a couple of good sightings with a Stoat crossing the road and a Merlin dashing in front of the motor too. We started the tour in fine form with 6 Mountain Hare dashing about, a couple of Redshank, a lone Peregrine surveying the land, Snipe, Fulmar, Red-throated Diver and a flock of Twite. 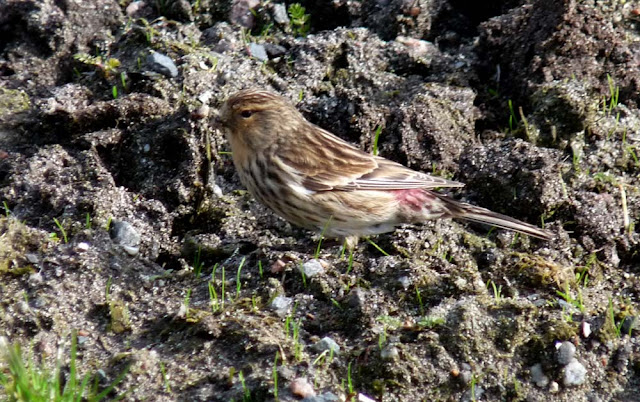 The next stop continued in the same vein with cracking views of Wheatear, Rock Pipit and Willow Warbler before we picked up the first of 10 Golden Eagles! The first Goldie was viewed in the distance, cruising a ridge before it changed tact and started displaying. As a rule they don't display for nothing so a scan around was worth a go - a distant juv WT Eagle was picked up. We drove further up the road to try for a better view and as we tried to relocate the WT Eagle a closer eagle was picked up...this time it was a juv Golden Eagle - stunning! 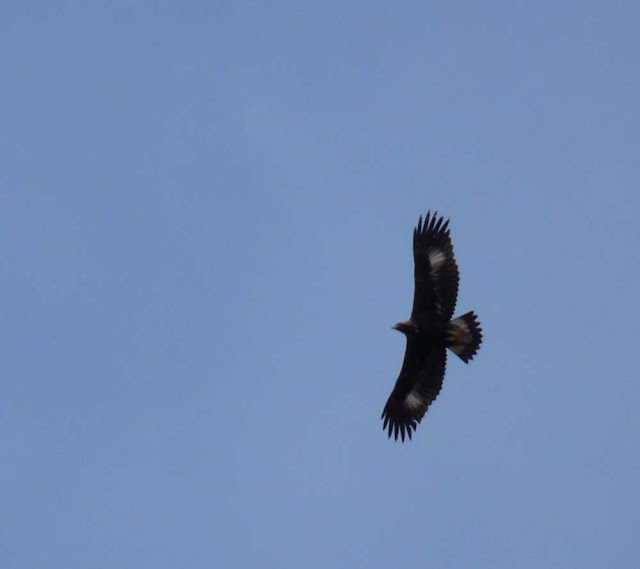 Yellowhammer can be a difficult bird to find so a singing bird sitting on the fence was a nice find before we had lunch. The warmer weather is certainly bringing the trees into leaf and also a few more flowers appearing - Wood Anemone are out in force now. 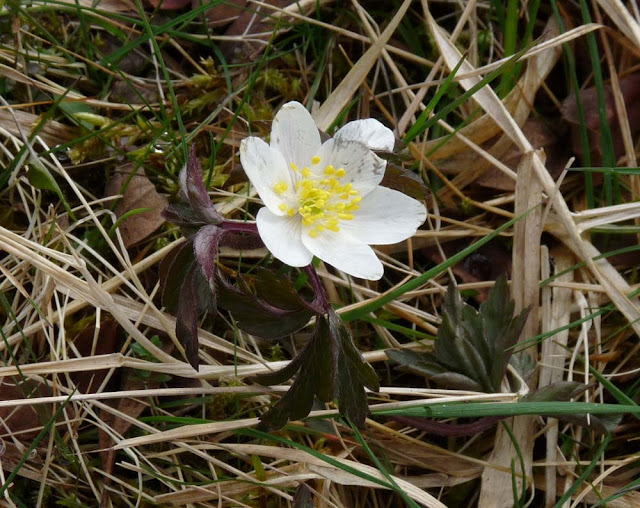 The flowers had to take a back seat as another Golden Eagle put in an appearance. This bird made a beeline for us and then started displaying above us - I wonder if he was trying to see us off! 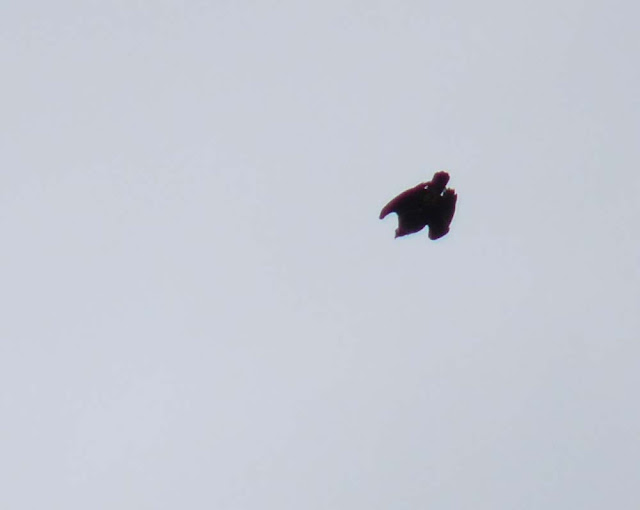 We found a nice Adder that was well photographed but not by me - I'd left my camera behind! We had a superb sighting of 3 Otters after lunch with the 2 cubs putting on a real display as they splashed around in the water and chased each other across the rocks. We did a bit more flower stuff to calm things down with a good display of Dog Violet... 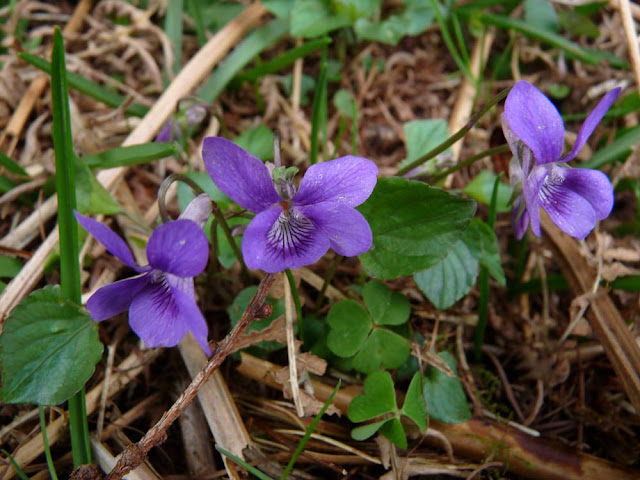 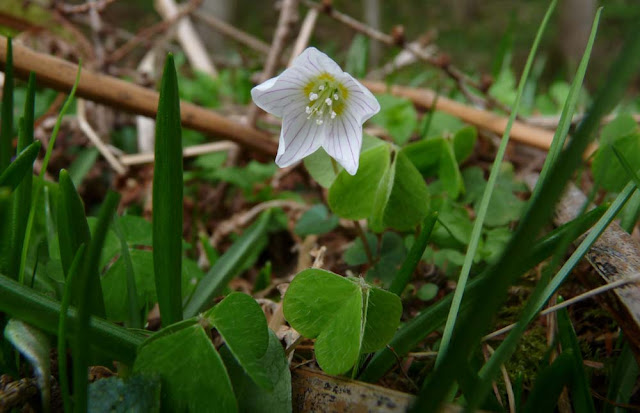 A Great Northern Diver showed well just offshore from where we photographed the flowers so the idea of trying to calm things down wasn't working. 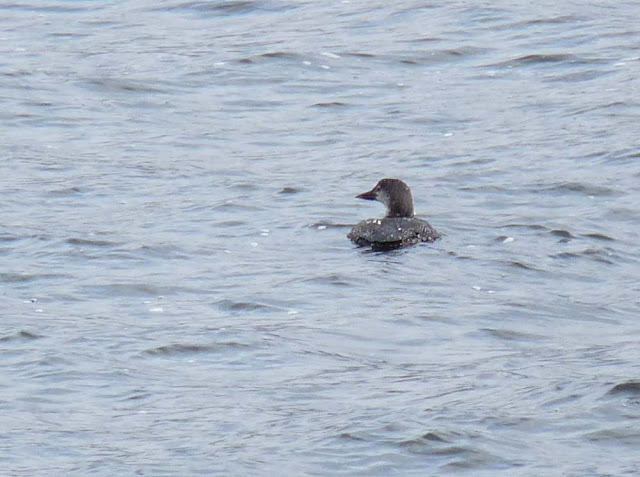 Next stop was the WT Eagle nest - good views of the bird sitting but another distraction was fast approaching. We heard a Raven in full attack mode, not a happy bird at all. I looked up to find two Golden Eagle circling only to find the guests looking in a different direction saying the same thing - four Golden Eagle in the same air space!! I managed to get two of the Goldies in one photo.

We did mange to get another Otter on the return journey but best of all was this Grey Heron doing the right thing and keeping it's eye on the sky - you never know what's up there!! 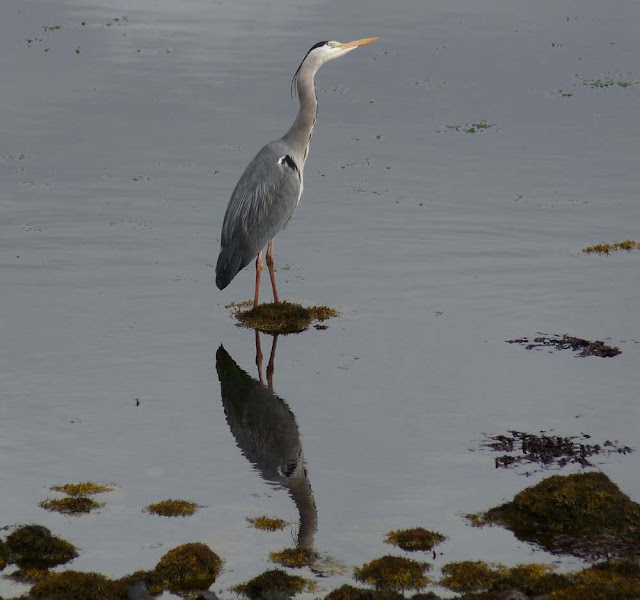 Don't think you and guests will get many better days than that Bryan.