Friday was a scorcher with the temperatures in the twenties by 10am. I was en route to pick up the last of the guests for the day when we saw three Otters in the loch. Not an ideal situation but you can't drive past these things. We picked up the rest of the guests and had a look at the WT Eagle feeding the youngsters. It wasn't too long after we were viewing another Otter so that got everyone on an even keel. Common Sandpipers were all over the place and cracking views of the GN Divers as we went along. We got both of the Golden Eagles in flight and the eaglet on the nest. It's hard to imagine the little ball of fluff growing into a magnificent adult. 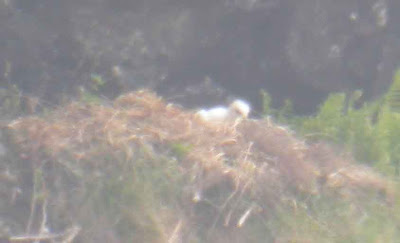 With the usual array of small birds filling out the list it was good to come across our first Buzzard of the day with a Cuckoo showing well nearby. 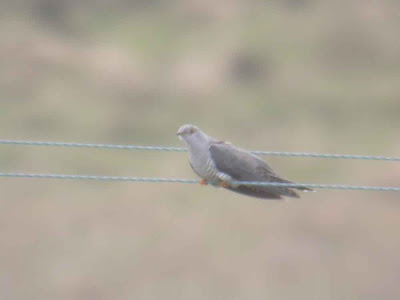 The last stop of the day gave us decent views of Twite, Redshank, Linnet, Ringed Plover and of course the Mountain Hare.
Saturday was another scorcher with an exclusive tour for a birthday treat. Michael and Dawn had the time of their lives as their own enthusiasm seemed to make things appear - what a day! We started off with an Otter crawling out of the sea right in front of us before getting excellent views of GN Diver. The WT Eagles were in the process of changing over when we arrived so both birds were seen in flight and the chicks got a feed too. A flock of 10 Crossbill flew overhead while we were watching the action at the nest. Stunning views were the order of the day as there was very little wind. 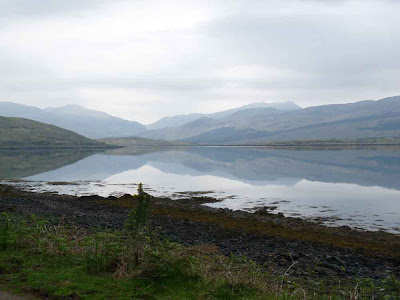 More excellent views of 3 Otters were had...

...while a couple of Oystercatchers had an argument on the rocks.

The Eider ducks were in full flow when we parked up next to them - such a delight to listen to! An absolutely cracking Cuckoo was seen as we headed towards the Golden Eagles who put on a superb flying display as the chick poked it's head over the nest. 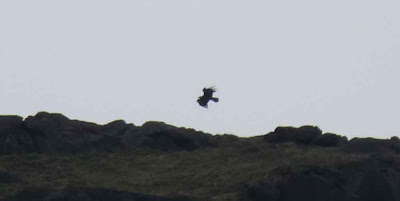 A brief view of a Whinchat was had but cracking views of Sedge Warbler and Willow Warbler kept us going before we managed to get stunning scope views of a male Whinchat. We strolled along the beach watching the Common Terns and a Gannet before we came across a small party of Dunlin. One of the Dunlin was standing on sentry duty keeping a close eye on us.... 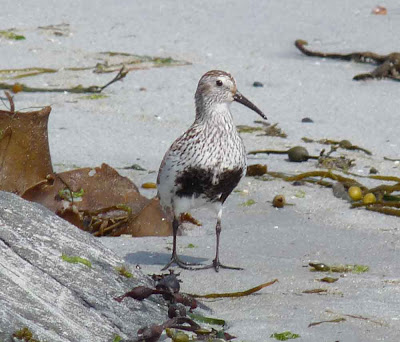 ...as the rest of the group continued feeding. 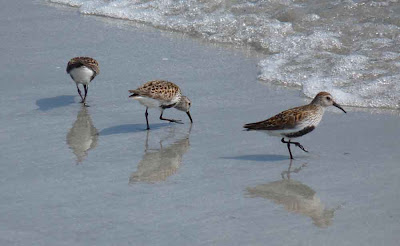 The Linnets that we saw were looking their best in smart summer dress and the Mountain Hares raced around in the sedge showing us a clean pair of heels. 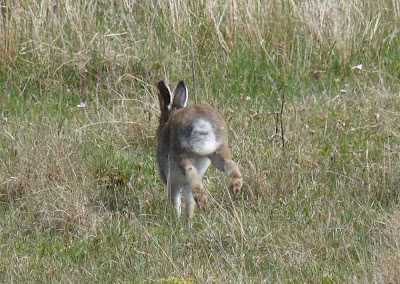 We managed a good look at one of the Lapwing chicks... 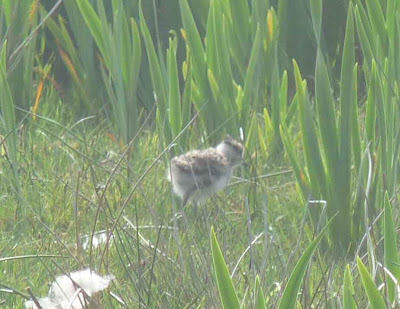 ...as the mist started to roll in off the sea. 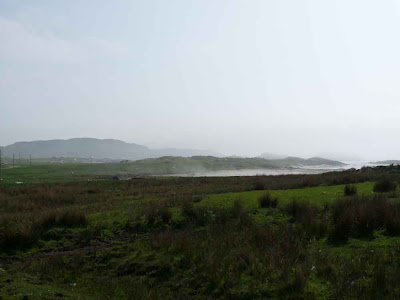 It was a bit like the curtain coming down at the end of a show - classic stuff!!! Happy Birthday, Michael.
The sunset was a bit tasty too before the rain came in overnight. 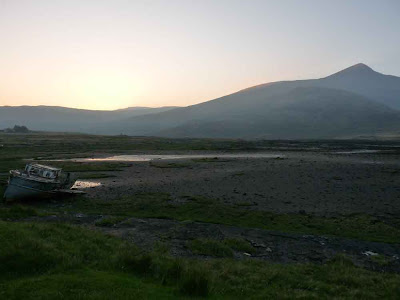 Great post, Bryan! The reflection of the hills in the water is stunning and I enjoyed seeing the "clean heels" of the hare. Not a bad birthday at all.

A comment from Dawn and Michael received by email...
Thank you so much for making Michaels Birthday one he will never forget!
We saw wildlife of so much quality and quantity and your enthusiasm to see more & more was wonderful to see.
It was a day we will both have memories of forever.